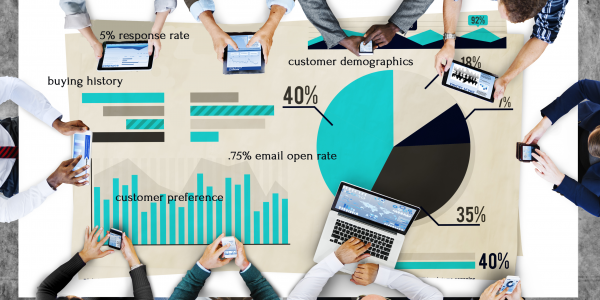 If you embrace transparency and accountability, you’ll give your marketing department greater agility.

The cuttlefish is constantly collecting visual data. Its eyes are incredibly receptive to light, and unlike human beings, it has no blind spots. We humans all have metaphorical blind spots—areas in our lives where we simply can’t perceive reality—but we also have literal blind spots on our retinas where the optic nerve enters the eyeball. Cuttlefish’s retinas, however, are fully responsive to light across their entire surface. In fact, scientists have discovered that cuttlefish eyes can actually calibrate the angle at which light is reflected. This data is extremely useful to the cuttlefish, because it allows it to respond to the slightest changes in its environment, activating its considerable array of hunting mechanisms.

In other words, cuttlefish don’t just collect data; for them data collection and instant response are inseparably linked. This isn’t something they turn on and off for various circumstances; it’s an ongoing, continuous process that allows them to be successful predators. And as a marketing executive, you need to cultivate a similar sensitivity to data. Just as a cuttlefish’s nervous system would do it little good without a system for collecting information from its environment, your IT is only as effective as the data you feed into it. And that data won’t do you any good if you ignore it or hide it.

When we’re in love with an idea, it’s easy to feel defensive if we encounter feedback that tells us that idea might not be as brilliant as we’d supposed. We may resist holding ourselves accountable to cold, dry statistics, and we may find ourselves obfuscating the real results of a campaign to make our ideas look more successful than they really are. It’s only human nature to think like that—but you can’t use data efficiently without a wholehearted commitment to be accountable to it, no matter what. You have to let your ego go and be willing to be transparent. If the data says your approach is right—great. And if the data says your approach isn’t working—well, that’s great too, because now you know. There’s no point wasting any more time or money on something that doesn’t work.

Creating a corporate culture of accountability and transparency means that EVERYBODY uses data, not just the top-level executives. A culture like this makes sure the entire company has access to information by distributing reports and talking about them, regardless of whether the results of a particular campaign, product, or service are positive or negative. After all, the cuttlefish doesn’t only use its vision to locate and capture prey; it also uses it to avoid predators that might eat it. As human beings, though, we sometimes have a head-in-the-sand approach, feeling threatened by negative data, rather than understanding that negative data is actually just as useful as positive data.

Data has nothing to do with emotions—it simply is what it is—but human beings can’t help but have emotional reactions. Unlike human beings, however, cuttlefish aren’t prone to getting emotionally attached to a course of action, nor do they keep doing things simply because they’ve always done them that way. Their movements and other behaviors are always triggered by the data their eyes (and other sensors) pick up from their environment. Your department needs to be as organically linked to data as a cuttlefish is.

Data is what empowers you and your department, giving you the information you need to learn fast and move fast.